Mrs. Rumplekittykat is the prized pet of Biffy Goldstein who often comes to detention with him. Biffy initially thought that Mrs. Rumple was a Mr. but was proven wrong when she gave birth to a litter of kittens. Biffy often uses Mrs. Rumple in Lee Ping's missions, using the cat as both a distraction and an incognito spy camera.

Biffy has often taught Mrs. Rumple above average skills, for example, teaching her how to play the piano via the keyboard app on his phone.

His cat is also playful with Biffy's yarn and can get herself a bit...tied up.

Biffy lovingly paints a portrait for his cat

Rumplekittykat VS The Crow! Who will win? Who will die? Let the fight begin!

Rumplekittykat recieves it's baby kitten back

Rumplekitty hits a paper ball back at Lee...

Getting a delicious treat

Licking the crystal she's entombed in 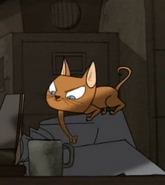 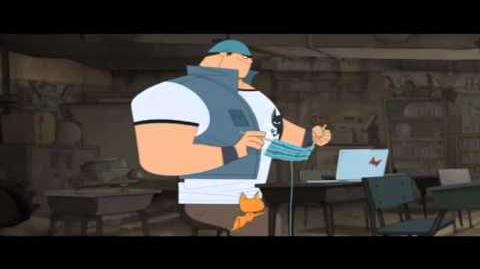 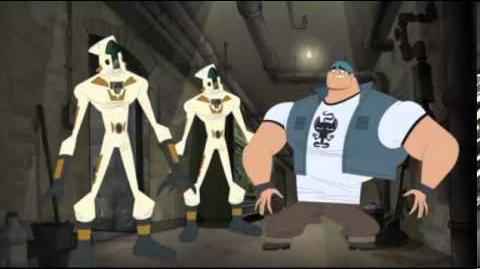 Detentionaire Web Exclusive Kitty Trouble
Biffy and Rumplekittykat with her kittens
Add a photo to this gallery
Retrieved from "https://detentionaire.fandom.com/wiki/Mrs._Rumplekittykat?oldid=38462"
Community content is available under CC-BY-SA unless otherwise noted.