The Dance is a two-part episode that acts as the finale for the second season of Detentionaire.

When Cam and Brandy get called to Room 113B, Biffy and Lee follow them to find out where the students are being brainwashed and what the nefarious plan is for the upcoming dance. It leads them to an elevator that takes them back to the 'Brainwashing room' in the underground tunnels of the school. Meanwhile, Lynch is hypnotizing people to forget all about his existence so he can more easily plan The Dance. The episode ends with Lee getting expelled from school by Phil Blompkins.

When Lee gets expelled from school for trying to expose Wendell Barrage, he has to sneak back in during the big dance for one last chance to prove Barrage is evil. He discovers that Barrage wasn't behind the conspiracy, it was actually VP Victoria and Lynch who worked together to do The Prank. Victoria did it so she could get rid of Lee and Barrage so she could hypnotize the whole world without opposition. Lynch is shown to be insane and just wanted to play a endless game of knock knock jokes with Lee.

"What'd I tell you about this whole door knock, knock?" 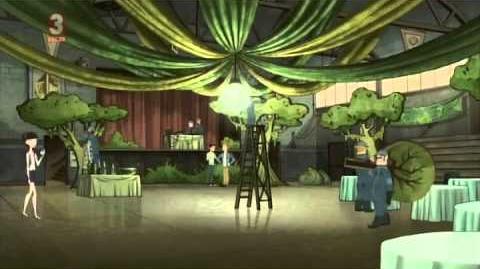 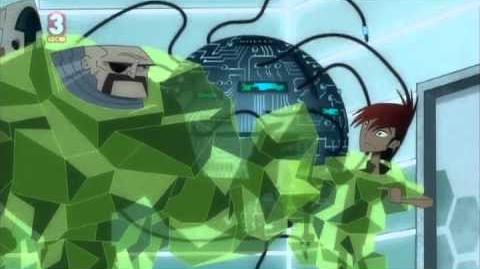 Detentionaire episode 27 The Dance Part 2
Add a photo to this gallery
Retrieved from "https://detentionaire.fandom.com/wiki/The_Dance?oldid=37772"
Community content is available under CC-BY-SA unless otherwise noted.